The Bastard of St Genevra: A Review 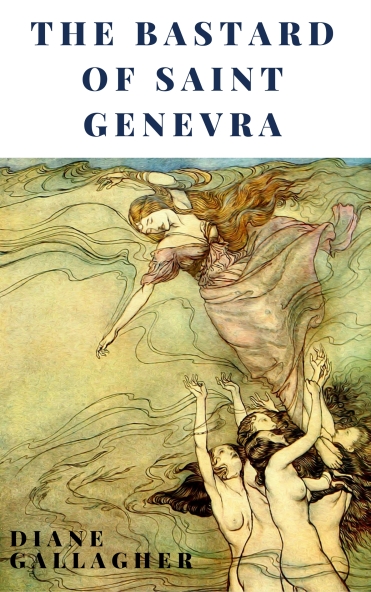 I was approached to see if I’d like to review this title as a consequence of another book I’d reviewed here. Author Diane Gallagher lured me in with the promise of magical realism, healing ancestral lines and a story that revolves around the lives of women. I was not disappointed. As if often the case with good books, it is tricky to talk about the story without spoiling bits of it. What I can safely say is that this story occupies two time frames, one runs from the late twentieth century through to the present day, and the other is concerned with events in the twelfth century. It’s a charming book, highly readable and engaging with thoughtfully rendered characters.

I was especially taken with the way in which the author is able to meet the magic and mysticism of 12th century Catholicism on its own terms. Her historical characters occupy their beliefs and superstitions, the world they inhabit is full of the scope for miracles and divine intervention, ill wishing, cursing, and so forth. It all feels very real and there’s no sense of modern judgements getting in the way. It really makes clear what a magical reality Catholicism was part of in its early days. Coming at this as a Pagan, I found the religious and mystical aspects of the book highly readable and enjoyable.

This is a book about the lives of women – there are three main female characters, and a whole cast of other complex women surrounds them. There are of course men as well, but the action takes place firmly in the female sphere and relates to female life experience. I really enjoyed that. We see everything from the royal courts down to the lowliest peasants, it’s very rich reading.

I greatly appreciated the way love is handled in this book. There are love affairs, relationships, marriages – these are part of life and are explored with care and treated with importance. But, they don’t define the shape of the story, it isn’t ‘a romance’ it’s a weave of life in which love has a significant role to play. It’s rare to get a book with a strong feminine focus that explores love but does not succumb to the romance genre.

I think the biggest take-away for me is the way in which this book has prompted me to re-think the concept of martyrdom. Regulars to the blog will know that I’ve commented repeatedly that there’s no place for martyrdom in Paganism. I’ve previously thought about martyrdom as something that is done to a person, that it is about violence and oppression, and not something to celebrate. There is a martyrdom in this story that entirely defied my expectations and assumptions. The power of the character in question to choose her path, to face her mortality and pain to transform herself is fascinating. For a while there, I was thinking instead about the cruelty inherent in this kind of religion, but as the story plays out, it becomes clear that this martyrdom is a lot more like Odin hanging in the world tree than ever it is the story of a victim. And it struck me that perhaps what makes martyrdom significant is not the horrible death aspect, but the way in which the person on the receiving end refuses to have their spirit broken by it.

The Bastard of St Genevra should be out on the 30th May, you can find out more on the author’s website – https://dianegallagherwritings.com/published-works/novels/the-bastard-of-saint-genevra/