Like many people with witchy sympathies, I have seen the film Practical Magic, more than once. I own a copy, even. It’s charming if a bit overblown. I only found out recently and by accident that there is a book. And a prequel. This is not exactly a review. 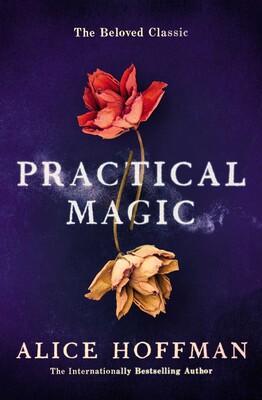 I am so glad I saw the film before I read the book, because I’ve enjoyed the film for what it is. Had I read the book first I suspect I’d have hated the film for being so far off the mark. Much of the magic in the book is subtle. There’s more of it in the background than there is deliberately enacted by the characters. The book is a complex, subtle, fascinating thing, and the youngest generation are teenagers and people in their own right and it makes a world of difference. The backstory with the curse and the accused ancestor is a good deal more complicated as well. 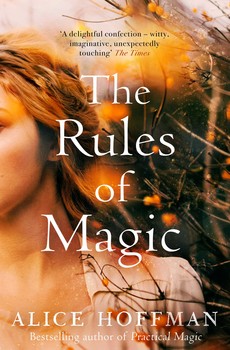 The prequel is called The Rules of Magic, and is lovely, and sad and thoughtful. What author Alice Hoffman does in both these books is to square up to how love and grief and relationship play out across a lifetime. It’s powerful stuff. And of course when you tell the longer story, inevitably, everyone dies. What you love, you lose, because that’s the essence of life. The understanding that the answer to this is to love more, is deeply affecting.

There are two things I particularly loved about these books. Firstly is that magic is ever present; a permeating force that creates possibility. It’s just there, around and between people, and creatures, and places and stories. I’d much rather have more of this kind of magic, and less of the spellworking we see in the film.

Thing number two is technical. The book Practical Magic is pretty much all ‘tell’ and little ‘show’. There’s a bit more ‘show’ in the prequel, but still not as much as is fashionable. This makes me really happy. This is a story told in its own way, on its own terms and as it has a lot of ground to cover, just telling you what happened is much more efficient and effective. We don’t have to play out every key scene with dialogue and let the reader come to their own conclusions. The narrator will tell you what to think. Sometimes the narrator will turn out to be wrong, or misleading and that adds to the charm.

You can’t tell multi-generational stories about love and relationship if you have to show every key scene, and that makes certain kinds of stories impossible. Writing in a way that supports the kinds of stories you want to tell, is essential.

Druid, author, dreamer, folk enthusiast, parent, wife to the most amazing artist -Tom Brown. Drinker of coffee, maker of puddings. Exploring life as a Pagan, seeking good and meaningful ways to be, struggling with mental health issues and worried about many things. END_OF_DOCUMENT_TOKEN_TO_BE_REPLACED
This entry was posted on Sunday, December 2nd, 2018 at 10:30 am and tagged with Alice Hoffman, book, film, magic, Pracical magic and posted in Reviews. You can follow any responses to this entry through the RSS 2.0 feed.
« Totoro doorstop
Mapping the Contours, a reading »