The importance of language

The exact way in which we use language has a lot of influence on how we experience the world, and how we relate to each other. This is one of the reasons I find the careless use of words annoying. A bit of accuracy goes a long way! I feel very keenly that issues like gender in language are also incredibly important. As a child reader, I was conscious that books were generally addressed to men, the reader was always a ‘he’ and watching that change in my late teens and early twenties was a huge relief.

As an example of this, I’d like to flag up my reading experience of two different versions of the Tao Te Ching. Both are based on the same texts – although several versions of the original poem exist, so translation requires choices about which bits to include or ignore. The first translation I read (yellow cover) spoke of the wise man, the sage, the king and the prince. I found it fairly difficult to extract anything that I could work with, because I felt alienated by the language. It wasn’t really written to me, and therefore not for me, nothing about it invited my participation. 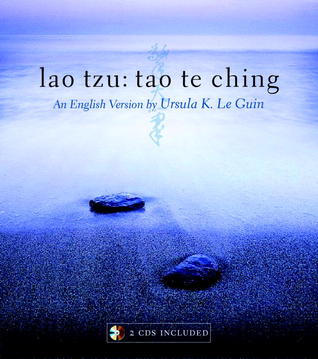 Ursula Le Guinn’s version (blue) involves the choice to use non-gendered and non-hierarchical language for the translation. The wise person, and where relevant, the leader. It’s much more accessible, and it makes for a completely different reading experience.

I know there are people for whom inclusive language seems like politically correct nonsense. It’s a lot easier to feel that language is no big deal, when the language deployed favours you, reflects you and affirms you in ways you probably don’t even notice. The difference between ‘mankind’ and ‘people’, is huge. It would seem a bit weird to refer to all of humanity as ‘womankind’ because so obviously half of the population, give or take, do not identify as women. But disappearing the half of the population who do not identify as men has been normal for a long time, and plenty of people use the words ‘man’ or mankind’ when what they really mean are ‘humans’ and ‘people’.

There’s a great deal of divisive language out there for talking about different kinds of people – the language of us and them, of me and other. I like what happens when we replace that with people, with the language of commonality, shared humanity and shared experience.

Druid, author, dreamer, folk enthusiast, parent, wife to the most amazing artist -Tom Brown. Drinker of coffee, maker of puddings. Exploring life as a Pagan, seeking good and meaningful ways to be, struggling with mental health issues and worried about many things. END_OF_DOCUMENT_TOKEN_TO_BE_REPLACED
This entry was posted on Wednesday, September 23rd, 2015 at 10:30 am and tagged with language, tao te ching and posted in Bardic. You can follow any responses to this entry through the RSS 2.0 feed.
« Saying no to unconditional love
Old words for old problems »

5 responses to “The importance of language”